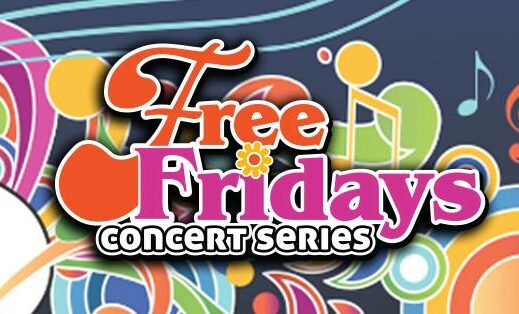 This year’s lineup of concerts at Bo Diddley Plaza spans six months and includes everything from jazz and blues to reggae and rock and roll.

On the eve of graduation weekend for thousands of area college students, a tradition resumes in downtown Gainesville with the first Free Fridays Concert Series event of the season at Bo Diddley Plaza, 111 E. University Ave.

The 2019 series opens with “Heroes and Harmonies” performed by Mike Boulware and All My Friends. The concert will explore the roots of rock, country, blues, and gospel music and how these influenced and grew into SoCal rock and mainstream country music.

The two-hour concert, beginning at 8 p.m., will include tributes to The Everly Brothers, Louvin Brothers, Delmore Brothers and other early rock and roll pioneers.

Organized by the City of Gainesville’s Parks, Recreation and Cultural Affairs Department, the Free Fridays concerts will take place every Friday night from now through October.

“We have a great mix of returning old favorites and bands that are new to the series,” said David Ballard, Free Fridays event coordinator.

A popular trend over the last several years at Free Fridays has been musicians who put together special tributes for the concert series. In addition to the opening concert, tributes for 2019 include Stevie Ray Vaughn and Female Power Singers, Stephen Stills, Summer of ’69, California Dreaming, Woodstock’s 50th anniversary, the Progressive Rock Experience, The Beatles and Jimi Hendrix.

Here is the complete lineup of Free Fridays concerts for 2019 (subject to change):

Keep up to date on upcoming concerts by visiting Free Fridays on Facebook.