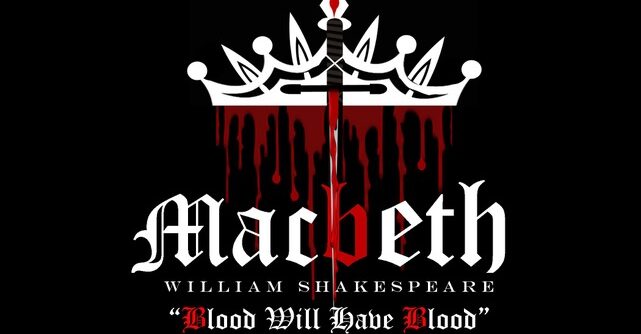 The Acrosstown Repertory Theatre presents Shakespeare’s famous tragedy about a man hellbent on becoming king at any cost.

After performing three of William Shakespeare’s most popular comedies during its annual Summer Shakes series, the Acrosstown Repertory Theatre gets deadly serious this year with a production of arguably The Bard’s greatest tragedy: Macbeth.

“It’s dark and it’s eerie,” said Carolyne Salt, the Acrosstown’s president who’s also directing the play. “It blends the supernatural with a psychological thriller and it’s steeped in history. It will be entertaining!”

The bloodbath begins this week with a $5 sneak preview on Thursday night at 8 before Opening Night on Friday at 8 p.m. There will also be performances Saturday at 8 p.m. and Sunday at 2 p.m. followed by four performances a week through Aug. 11.

Macbeth is the 400-year-old tale of a courageous Scottish general who becomes thirsty for power after receiving a prophecy from three witches. Prodded by his wife, Macbeth murders the king and assumes the throne only to be consumed by guilt and paranoia that leads to further bloodshed.

“The play charts a course of a man’s rotting,” said Michael Glover, who plays Macbeth. “He starts off a brave soldier, but he’s shown — or told — he’s destined for great things. Then he stops at nothing to make sure he gets them. Murder leads to murder leads to more murder.”

The play is in stark contrast to the ART’s three previous Summer Shakes productions: Twelfth Night, Much Ado About Nothing and last year’s Measure for Measure.

“We’ve done comedies the last three years and the show we did before this (You Have the Right to Remain Dead) was a farcical whodunit, so we wanted to have some contrast,” Salt said.

To enhance the production, Monica Cross has been providing the cast and crew of Macbeth with her expertise as a Shakespearean dramaturg. Cross is production manager and technical director of the black box theater at Sarasota’s New College.

Cross has met one-on-one with many of the cast members to explain the meaning of the text as well as scansion, the stressed vs. unstressed syllables of dialogue, which can be essential when conveying Shakespeare’s text.

“If we have any questions — what does this word or phrase mean? — she will explain it,” said Anna Marie Kirkpatrick, who plays Lady Macbeth.

“The actors need to know exactly what they’re saying and who they are,” Salt added. “Then you, as an audience member, will too — even if you don’t know all the words.”

Kirkpatrick said she performed as Lady Macbeth one other time, more than 20 years ago, but the dialogue still seems familiar.

“I am stunned how much of it is still in my brain!” she said. “I attribute that to Shakespeare and the rhythm of the text — the poetry of the text. It’s catchy like a catchy song.”

Kirkpatrick said that Shakespeare’s works tend to be an acquired taste for many theatergoers not used to Old English and The Bard’s complex sentence structures and his use of now-obsolete words and phrases. Shakespeare is credited with contributing at least 3,000 words to the English language.

“Sometimes the words make it difficult to know what’s going on,” Kirkpatrick said. “The actors’ expressions and actions help the audience understand.”

Glover said that the key to playing Macbeth is not to be daunted by the volume of words.

“When I went to highlight my script, there were large blocks of color that were all me!” he said. “I’m like, ‘How am I going to do this?’ You just dive right in and repeat, repeat and repeat until you get it.”

Glover, who played the villainous Lord Angelo in Measure for Measure last summer in his Shakespeare debut, said his Macbeth character doesn’t start out bad, but his wife’s hunger for power drives him to evil.

“It doesn’t take too much to coerce him,” Glover said. “It may be a dysfunctional marriage, but Macbeth and Lady Macbeth do love each other. He wants to do everything he can to appease his lady.”

Then he added: “Some say they have the best marriage of all Shakespeare’s works. On the surface it doesn’t look so hot, but if you scratch the surface a bit, you see they make a good team.”

No theater can produce Macbeth without being subject to the play’s infamous curse, and the Acrosstown is no exception. On Sunday, an all-day tech rehearsal came to a grinding halt when the lighting board stopped working and then the air conditioning failed on a 95-degree day.

“We haven’t been referring to it as ‘The Scottish Play,” said Glover, standing on the hot, stuffy stage in full costume. “Maybe that would have been a good idea.”

“It’s about ambition and getting everything you want,” she said. “But in getting there, you wash away the people in your way. And when you get there, you realize that’s not what’s going to make you happy.”