The fingerstyle guitarist, whose online videos went viral more than a decade ago, will show off his remarkable acoustic skills on Wednesday night during a solo appearance at High Dive.

Andy McKee remembers the days when he could literally count his fans on his two hands.

“I used to have a regular performance every Wednesday night in my hometown in Kansas,” he said. “Sometimes it would be the same nine people every week.” 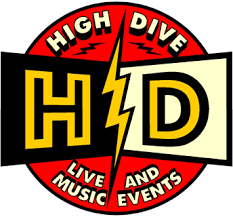 That place was St. Gregory’s, a bar in downtown Topeka, and McKee was in his early 20s. He had already independently released his first album and had done well in fingerstyle guitar competitions, but he was still miles from fame and stardom.

A few years later, while working as a guitar teacher in a local music store, McKee decided to put some of his videos on a fledgling website called YouTube. The videos displayed some of his incredibly complex guitar skills, including his signature two-handed tapping, percussive knocking and over-the-fretboard playing.

“I thought ‘Well, maybe we’ll get a few fans. People who like acoustic guitar might check it out’,” he said.

Needless to say, McKee’s videos went viral and he quickly became one of the earliest YouTube sensations. Today, his videos have been viewed more than 100 millions times — his hit “Drifting” alone has 55.7 million views — and he has developed a worldwide audience that can’t get enough of his guitar-playing mastery.

On Wednesday, McKee brings his musical skills to Gainesville for the first time. He’ll perform in concert at High Dive, 210 SW 2nd Ave. Gainesville’s The Pine Drape will open the show with an acoustic set at 9:30 p.m. followed by McKee. Tickets are $17 in advance, $20 at the door.

He started playing an electric guitar when he was 13 because it was the coolest instrument for a kid his age to play. However, he soon noticed other musicians trying more intricate things with acoustic guitars.

“I was really taken with the idea of covering all of the sort of aspects of music at once on the guitar,” he said. “What I mean by that is making the melody, harmony and rhythm all at the same time on one guitar.”

He added: “I really liked that sound and having control of the entire piece of music.”

When asked to describe his music, McKee laughed.

“It’s kind of hard to come up with something. It’s instrumental, introspective. It’s more relaxed, not too ‘in-your-face.’ Almost meditative, I guess. It’s not really like jazz, it’s not like country, it’s not like classical guitar. It’s something kind of different.”

Which is exactly why both die-hard music lovers as well as curiosity seekers who don’t normally pay attention to guitar solos get glued to the YouTube videos that McKee has produced over the years.

“It really just took us all by surprise,” he said. “We didn’t see that coming,”

Some of McKee’s influences include such classical solo guitarists as Preston Reed, John Ross, Billy McLaughlin and the late Michael Hedges. Another is Tommy Emmanuel, the Australian guitarist also known for his complex fingerstyle technique, energetic performances and the use of percussive effects on the guitar.

In fact, McKee just performed with Emmanuel at three concert events in Florida, most recently in Orlando on Sunday night. McKee will perform solo at High Dive and then take some time off before he resumes his tour schedule in California in early April.

What can the High Dive audience expect to hear from McKee?

“Well, I’m definitely gonna play a few things of mine that were big hits on YouTube and some tunes from the albums I’ve released over the years,” he said. “I released a live album last April and I’ll be playing some of that, but also some things from the guys who inspired me — a tribute of sorts.”

McKee has had to pinch himself at times to realize how his career has taken off. He thought it was pretty cool in 2012 when he opened for the progressive metal band Dream Theater during a tour of Asia. But later that year, McKee’s luck got even better.

“I did nine concerts in Australia with Prince as a guest in his band,” he said. “That was a real treat. He was a brilliant, brilliant musician. It was amazing to watch him play every instrument on stage.”

Many of those concerts attracted upward of 20,000 people.

Last year, McKee performed more than 200 times around the world. This year he’ll dial that back a bit to spend more time with his wife and two young boys — and to finish another album.

It’s been quite a meteoric rise for the music-store guitar instructor.

Even though McKee still lives in the Topeka area, it’s fair to say that, thanks to YouTube, he’s not in Kansas anymore.