The eighth annual environmental film and arts festival begins tonight with a reception and awards program at the Hippodrome as well as the first of 45 films from 14 countries to be screened over a four-day period.

Growing up in the northern Indianapolis suburb of Carmel, Trish Riley enjoyed exploring the forest down the street from her family’s home. During her college years, however, developers bulldozed those trees and replaced them with more houses all in the name of progress.

In 2010, Riley took her cause one step further by creating the Cinema Verde International Environmental Film Festival. Today, the eighth annual festival begins four days of screenings and other events in and around the Hippodrome in downtown Gainesville.

The film festival will feature 45 films from as far away as the Philippines, Australia, China, Denmark, Pakistan and Iran. Topics will include everything from climate change and fracking to animal rights and societal issues. The films will be presented in two-hour blocks, with each block costing $10. An all-access festival pass is available for $125, but reservations are still needed for each film block because of limited seating.

The 2017 Cinema Verde International Environmental Film and Arts Festival begins today with eight movies in the Hippodrome Cinema from seven countries, including Close to Heaven: Rice Terraces of the Philippines (Philippines), Atlan (Iran), Sea of Life (Canada) and A Simpler Way: Crisis as Opportunity (Australia).

We’re trying to create a world where we want to live.”
— Trish Riley, Cinema Verde founder

Meanwhile, in the Hippodrome cellar, there will be a 7 p.m. VIP party and awards program followed by eight short films and the full-length documentary Seasons (France and Germany) from noted directors Jacques Perrin and Jacques Cluzaud. The film is billed as an “awe-inspiring and thought-provoking tale of the long and tumultuous shared history that inextricably binds humankind with the natural world.”

“I try to find films that address all issues,” Riley said. “We’ve evolved from being just about the environment to sustainability. Sustainability is a circle and there are many spokes. In order for all things to work, we have to address everything from clean air and clean water to safe communities and a fair economy.” 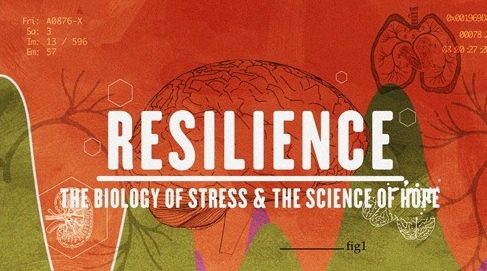 A good example of that mission is Resilience, a 60-minute documentary directed by James Redford, the son of actor Robert Redford. The film addresses how toxic stress, in the form of abuse and neglect, can trigger hormones that wreak havoc on the brains and bodies of children. That stress puts those children at greater risk for disease, homelessness, prison time and early death.

“This discovery is really helping us understand the vital impact of nurturing our infants and children so that their brains develop in the best way possible and lead to a happier, healthier and more sustainable future,” Riley said. “And that’s what Cinema Verde is all about.”

Resilience, to be screened Saturday at 4:45 p.m., will be followed by a discussion featuring Peace4Gainesville, an initiative of the River Phoenix Center for Peacebuilding. The Gainesville-based organization was started by Heart Phoenix, the mother of actors Joaquin Phoenix and the late River Phoenix.

“Heart has gone out of her way to reach out to me and thank me for the work that we do for the community,” Riley said. “This year I’m excited that we’ve found a way to coordinate and work together. We’ve found a film that speaks to both of our organizations.”

A handful of directors will be on hand for screenings of their films and be available afterward to answer questions.

On Friday evening, Scott Schimmel will discuss his short film Waste Not Want Not, which he produced in six weeks through the Southern Environmental Film Fellowship in Birmingham, Alabama.

“I chose recycling because I felt that it could be a very visual topic and because recycling rates in Alabama are very low,” Schimmel said. “I hope the audience walks away with a better understanding of recycling and environmental issues in general. These issues are not just fluffy, hippy ideals, but have economic consequences that affect us all.”

Later Friday evening, director Michael Brims will discuss the Cuban film Una Perla de la Revolución (A Pearl of the Revolution). He will be joined by Joni Ellis of Optics for the Tropics, a Gainesville nonprofit that provides quality binoculars for bird conservation in the tropics.

On Saturday afternoon, directors Fairn Whatley and Suzanne Damrich will discuss The Mystical Migration of the Monarch following the screening of their 35-minute film. Later, Steven Johnson will discuss his film Black Tide, about South Florida’s ongoing water crisis. 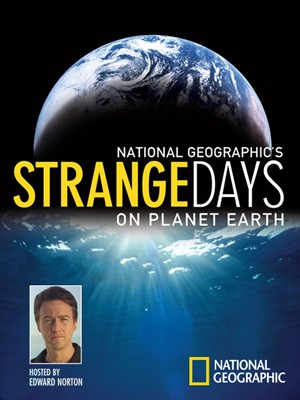 Sunday’s scheduled speakers include director Diogo Castro Freire (Facing the Surge), via Skype. Meanwhile, Merrillee Malwitz-Jipson from the Sierra Club will be a guest speaker on Sunday evening following the screening of the documentary Strange Days on Planet Earth–Troubled Waters, narrated by actor Edward Norton.

Also on Sunday, Chris Bird from the Alachua County Environmental Protection Department will lead a discussion about the county’s new storm-water management guidelines following a 1 p.m. block of films that addresses related issues in other communities.

“People who value urban greenways in the city of Gainesville will be particularly interested in this session,” Riley said.

One of the more anticipated films on the schedule is Rooted in Peace, from award-winning director Greg Reitman. Scheduled for Saturday at 8:45 p.m., the film invites viewers to take notice of the world, proactively seeking ways to find personal and ecological peace and stopping the cycle of violence.

Reitman, who will discuss the film via Skype, said the documentary took five years to film. 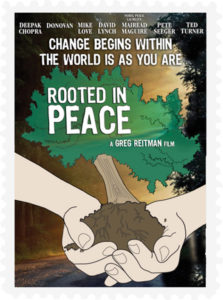 “I hope the audience can see that peace starts from within, and it starts with oneself, and we can begin to truly appreciate nature and the value of trees,” he said.

Meanwhile, as of this year, Cinema Verde is an award-winning event. The film festival was recognized with a Best of the Fests award for Sustainability during a ceremony in Santa Barbara, California. Riley said that Cinema Verde program manager Penny Niemann submitted a nomination for the award.

Cinema Verde also expanded in the past year by taking the film festival to St. Augustine. Riley also curated a similar event in Subic Bay, the Philippines. She hopes to offer mini versions of Cinema Verde to other communities.

In addition to the film festival, Cinema Verde will once again sponsor an EcoFair on Saturday and Sunday in the Sun Center courtyard around the Hippodrome. The EcoFair gives local businesses and nonprofits who are environmentally conscious an opportunity to share information with the community. Food vendors will also be available. 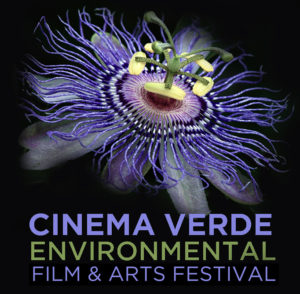 For further info and a complete schedule of events,
visit the Cinema Verde website.