The quirky little concert venue on West University Avenue is shutting its doors at the end of May, leaving local bands and music fans one less place to, well, jam.

After a sure-to-be memorable Memorial Day weekend, the Jam will be just a memory.

The nightclub at 817 W. University Ave. will close its doors at the end of the month because its UF landlords are redeveloping the entire block on which the Jam stands.

“We knew this day was coming and we’ve dreaded it,” said Blake Briand, who has co-owned the Jam for the past three-and-half years with Veronica and Eddie Arenas. “I’m giving it my all so that I have zero regrets at the end.”

Later this year, the buildings that house the Jam and other tenants on the block —including two tattoo shops and the Unified Training Center—will be bulldozed to make way for the expansion of the Innovation Square neighborhood. A six-story luxury apartment building, called Inception at Innovation Square, will replace the strip of locally-owned businesses.

For Briand, 38, closing the Jam means losing a livelihood he has cherished.

“We’ve gone from amateurs to one of the premier venues in town,” he said. “When I lock the door for the last time and turn in the key, I don’t know how I’m gonna feel. And I’m a little scared of that.”

For local bands, the club’s demise means one less venue in which to perform.

“Blake built a community around music,” said Alex Klausner, drummer for the Savants of Soul. “To me, that is the venue’s greatest accomplishment.”

The Jam is not going away quietly. Three weekends of music events began last week with Rage Fest, featuring Morning Fatty, Locochino, Flat Land and a handful of other local acts.

This week will also be eventful at the Jam, beginning tonight with the Time Travelers Laser Light Show featuring music from the ’60s, ’70s and ’80s. On Friday, popular singer/songwriter Zach Deputy makes his final appearance at the Jam. On Saturday, the focus is on hip hop with the Fellowship mixtape release party and an extensive lineup of performers.

Next week, the Jam goes all out with a three-day music spectacular called Spirit Fest. The event will include 35 acts on two stages. Morning Fatty, Locochino and Flat Land will be the headliners each night, respectively. 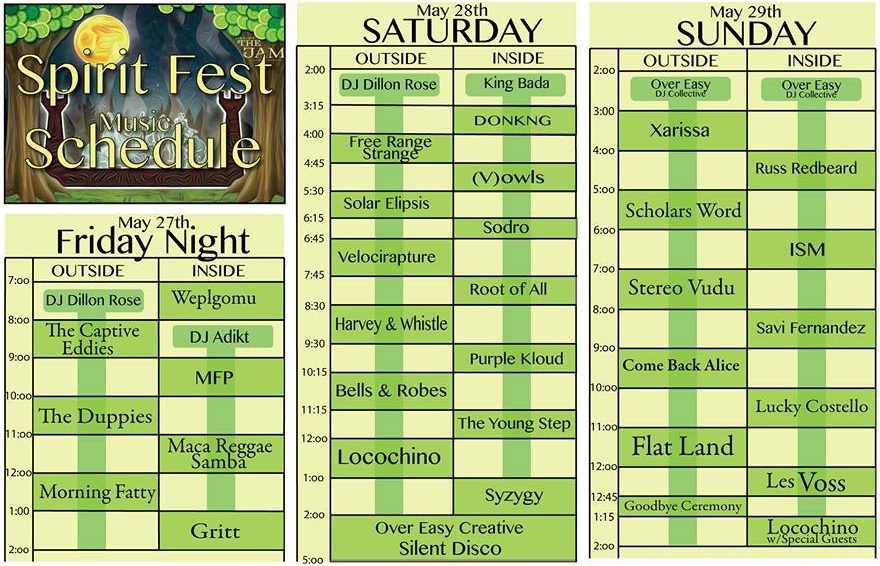 “Nearly every single band in town will be here,” Briand said. “It will be the quintessential vindication that I’ll enjoy. It’s going to be the thing I remember most.”

The Jam opened on Sept. 11, 2012, in the space formerly occupied by the Puerto Tagwa café. Originally, Veronica Arenas wanted to continue the café idea but also have a place where musicians could jam one night a week. When bands began asking to perform there, the business model changed to a full-fledged bar and music venue.

A year later, the Jam doubled in size by taking over two more storefronts facing West University Avenue and also expanded into the large, shaded courtyard behind the building.

From the start, however, Briand knew the Jam was operating on borrowed time. Innovation Square, LLC, was just waiting for the best opportunity to follow through on its plans.

“When we decided to open this business, they told us bluntly what to expect,” Briand said. “They gave us very good rent because of that. I can’t say they weren’t honest, but that is the only good thing I can say about their decision.”

Briand said his landlords, because of the month-to-month lease, allowed the property to deteriorate. Also, the reality of another generic apartment building replacing vibrant businesses between the UF campus and downtown Gainesville strikes him as misguided.

“It’s not good for the local economy,” he said. “Plus it’s gonna rob our city of culture and flavor.”

Briand and others recently voiced their concerns to the City of Gainesville’s Plan Board, but the board approved the preliminary development and special-use permit for the apartments and the pricy retail space on street level.

That decision all but sealed the fate of the Jam and its neighbors, who wouldn’t be able to afford the doubling of rent that is expected in the new space.

“We could’ve lived in this location until the end of time and been perfectly happy,” Briand lamented.

Innovation Square, LLC, gave its tenants in the 800 block of West University Avenue until the end of July to vacate the premises. However, Briand and Arenas chose to close the Jam at the end of May because of the summer slowdown.

“We decided to end strong in May and be gone,” he said.

The Jam has an intimate indoor bar and stage area that can accommodate 99 people. “It’s like a house party,” Briand said.

Outdoors, about 400 people have enjoyed concerts under the oaks. Last week, Briand and an employee were clearing a patch behind the canopied stage to set up portable toilets for fans of Spirit Fest. Nearby was the front grill of an old Plymouth that has served as a DJ station. The courtyard also includes a fire pit and a seating area with LED lighting.

Many Greek organizations at UF have used the rustic courtyard for “woodsers,” or private parties, rather than venture into actual woods. No other music venue in town offers such an atmosphere.

The Jam’s outdoor stage was built in 2013 to accommodate the Original Wailers, whose contract specified a covered stage. Briand worked long hours despite a severe sinus infection that could have been fatal.

“It was crazy,” he said. “A nurse told me I was close to having septicemia. She said, ‘You should have been resting in bed!’”

Eddie Waldick has been the Jam’s sound and lighting director from the beginning. He drives from Ocala, usually joined by his wife Jan and their shelties J.D. and Jet, to run the boards.

“The first time I walked in here, I told my wife, ‘Do you feel the vibe?’” Waldick said.

Now, that vibe will be silenced.

“Gainesville is basically losing a part of its culture,” Waldick said. “I have no issues with big buildings, but in a small city like this, you’ve got to respect the culture. When you lose something like this, you lose a piece of something that can’t be replaced.”

Klausner, the Savants of Soul drummer, echoed that sentiment.

“The thing that we lose with the Jam is not just a music venue but a place that fosters the music community,” he said. “No other venue in Gainesville has that vibe. The Jam created a home for music that doesn’t get highlighted at other venues.”

“The Jam is a great spot,” said Kyle Biss, who founded Applebutter Express with his wife, Shannon. “There are certain spots that have a certain thing about them—where people who love music gravitate to. This is one of them.”

One of those music fans, Sharon Rogers, was sitting nearby in the courtyard and overheard Biss. She said the Jam made her feel welcome by providing guitars on open mic nights. 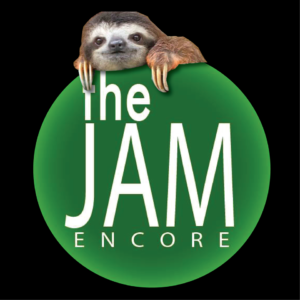 “I love this place because anybody could come off the street and jam,” she said. “They turned it into a positive, creative atmosphere.”

Now, Briand is getting ready to close down the Jam. Anyone looking for a horseshoe-shaped bar made of non-pressure-treated spruce should make him an offer. Or, better yet, if someone has an idea about relocating the Jam, he’s all ears.

“Ultimately my goal is to find a new home, reopen the Jam and become a permanent, iconic venue in Gainesville,” he said.