Video Rodeo has left town, but Cyclops Cinema has taken its place, offering the same extensive collection of DVDs and Blu-ray discs not available anywhere else in Gainesville. By the way, owner Jason McNeal knows a thing or two about film.

Jason McNeal is living his dream. He’s a diehard film buff who now owns a movie store and, soon, a screening room.

On Dec. 1, McNeal took over Video Rodeo at 10 E. University Ave. and renamed the DVD-rental place Cyclops Cinema at the beginning of the year.

Cyclops is an appropriate name for a couple of reasons. First, a movie projector—like the beast from Greek mythology—has just one eye. Also, Cyclops is a likable character in Marvel’s X-Men series, made into a popular movie franchise. Not to mention that McNeal is an artist known for painting cartoonish monsters.

“I was trying to come up with something catchy,” said McNeal, known artistically by the moniker Jason Armadillo.

Actually, McNeal has used the Cyclops Cinema name for the past couple of years to promote and screen films at the Atlantic Night Spot, the Wooly and other venues around town. Within a few weeks, he will have the ability to show films in his storefront location between Death or Glory Tattoo Parlour and La Di Da hairstyling salon.

McNeal recently purchased 24 cushioned, theater-style seats that he is installing in a spacious screening room toward the back of his DVD-rental store. In February, he plans to start showing everything from indie documentaries to horror movies, comedies and classics “that you cannot and will not see anywhere else in Gainesville.”

“I’ll give [movies] a chance that other people otherwise wouldn’t,” he said.

For example, one of his favorites is the 2014 Farsi film A Girl Walks Home Alone at Night from director Ana Lily Amirpour, about an Iranian ghost-town stalked by a lonesome vampire. That gives you an idea of McNeal’s eclectic taste in movies.

Video Rodeo, operating as an independent co-op, served Gainesville residents for 11 years at a time when most other video stores were closing down. The store had built a clientele at its previous location at 1119 W. University Ave. before moving to the current 1,600-square-foot space off University and Main in late 2014.

It seemed like a bad idea for this place to close.
— Jason McNeal

According to McNeal, Video Rodeo was about to shut down when he seized the opportunity.

“It seemed like a bad idea for this place to close,” he said. “Taking it over goes hand-in-hand with having a dedicated cinema space I could run.”

McNeal has about 8,000 movie titles in stock on DVD and Blu-ray. They include a wide selection of independent and foreign films not available on Netflix or in Redbox kiosks.

He also keeps up with new releases. For example, he now has Trainwreck, The Martian and Minions, among others, on his shelves.

The standard rental charge is $3 for three nights, but McNeal offers a rent-two-get-one-free special. He’s also been known to rent movies overnight for $1.

There’s a reason McNeal is determined to make Cyclops Cinema succeed. He majored in filmmaking in college. 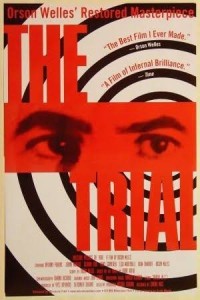 McNeal earned a Bachelor of Fine Arts in film and television from Savannah College of Art and Design. While many of his classmates had visions of Hollywood in their future, McNeal was more interested in preserving old films rather than creating new ones.

“I had gotten interested in silent movies as a teenager,” he said.

One job led to another, and McNeal ended up working for the Library of Congress in its Motion Picture Preservation Laboratory. The huge vaults contained film storage from RKO Pictures, 20th Century Fox and other major movie studios.

McNeal worked on restoring a number of films by legendary director D.W. Griffith, who pioneered many modern filmmaking techniques. He also worked on preserving some of Andy Warhol’s 16mm films.

Another of his projects involved the 1962 Orson Welles film The Trial, an adaptation of the Franz Kafka novel.

Today, McNeal works part-time in the Film & Media Studies program for the UF Department of English. As equipment manager for the production classes, he maintains the edit suites and checks out video cameras, lighting and digital recorders to students.

Running Cyclops Cinema is a passion for McNeal, who treats his inventory like a cherished library collection. He will gladly offer multiple free rentals to customers who donate DVDs they don’t want or need anymore. He recently posted on Facebook that a donated copy of Goodfellas or Cube in good condition will fetch the donor five free rentals.