In the first act of All Girl Frankenstein —playing through Nov. 7 at the Hippodrome State Theatre—the audience is pulled into the turbulent world of Victor Frankenstein. The young man copes with his mother’s death, goes off to university and creates a grotesque monster, then confronts the untimely death of another beloved family member.

The consequences of all that drama leave poor Victor with unbearable anguish that only intensifies during the second act. It’s a grueling role only the toughest stage actor could pull off.

Thankfully, Candace Clift is up to the task.

For two heart-wrenching hours, Clift breathes life into a confused character that definitely could use a hug or two.

Frankenstein was the creation of Mary Shelley, who published her first novel, Frankenstein: or, The Modern Prometheus, in 1818, when she was just 21 years old. Shelley’s own tragedy-filled life provided fodder for her ill-fated protagonist.

“You will never meet a character in literature so full of denial as Victor,” Clift said. “He’s very conflicted.”

In one scene, Victor is alone on stage and clandestinely removes a corpse from its grave. He is disgusted by the “food for the worms,” declaring that “bestowing animation upon lifeless matter is now within my grasp.”

With the help of Hunchback (played by a creepy Sara Morsey) and some alchemy, Victor achieves his goal and unwittingly unleashes his monster on the world. The result is a play written by Bob Fisher that is not for the squeamish.

“It’s a well-known story,” she said. “People will come in and be curious to see how it’s executed.”

The play has nine characters, five of whom are males, but it’s an all-female cast. The other gender-benders are Marissa Toogood as Victor’s brother William, Jorgia McAfee as Victor’s childhood buddy Clerval and Nichole Hamilton as the creature. Other cast members include Ariel Reich as Victor’s love interest, Elizabeth, Stephanie Lynge as Victor’s mother and Melanie Sholl and Emily Norcia as the maids.

Clift’s appearance as Victor marks a Gainesville homecoming for the New York City-based actor. She earned her MFA in Acting from the University of Florida in 2011 and has appeared in such Hippodrome mainstage performances as Carrie: A Comedy, A Midsummer Night’s Dream, Dracula, Boeing Boeing and A Christmas Carol. Her Hipp experience was instrumental for obtaining her Actors’ Equity card.

The California native got a late start to an acting career. Her bachelor’s degree at UC Santa Barbara was in English, so Clift spent five years as a newspaper reporter, covering such topics as waste management for the Ojai Valley (CA) News and the Bath Iron Works shipyard for the Times Record in Brunswick, Maine.

“Journalism seemed like a noble profession at the time,” Clift said.

“In high school, I promised myself that someday I would be in a Shakespeare play.”
— Candace Clift

In her early 30s, she turned to acting and fulfilled a dream from her teenage years.

“In high school, I promised myself that someday I would be in a Shakespeare play,” she said. “I wanted to be an actor way back then, but I was too afraid to admit that to myself.”

The catalyst for that dream was an English teacher who encouraged students to do something creative. Clift chose to perform a monologue from two Shakespeare plays. She summoned Richard III (complete with hump) for “Now is the winter of our discontent,” and then Hamlet (hump removed) for his “To be or not to be” soliloquy.

For Clift, a self-described, straight-A nerd, it was a moment of validation.

“That feeling of finally being looked at—my classmates were stunned,” she said. “Shakespeare’s language emboldened me. It was intoxicating and empowering.” 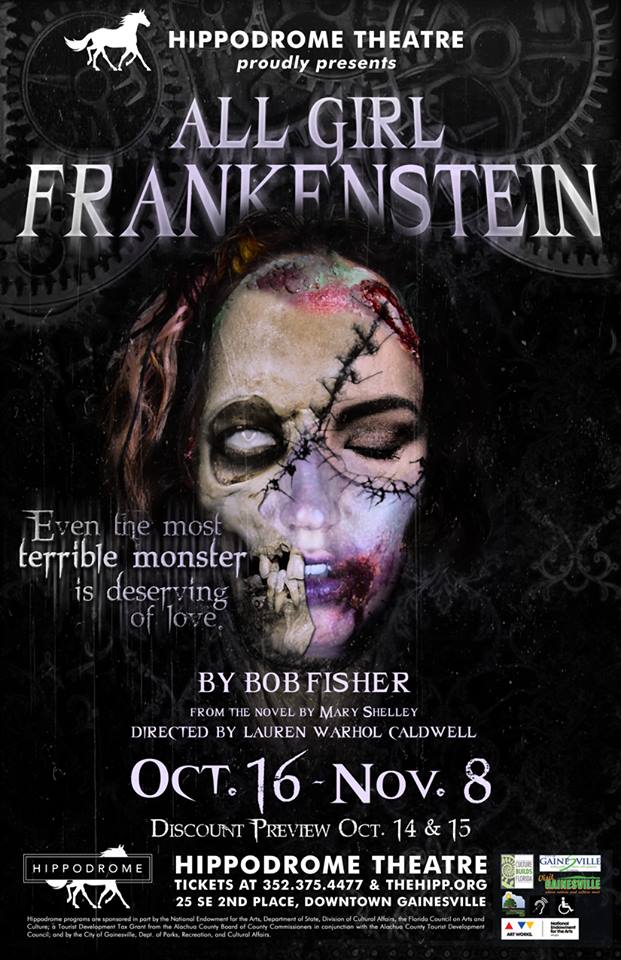 When Clift realized that newspaper journalism was not her lifelong passion, she dove head-first into acting beginning with the prestigious Month-Long Intensive program at Shakespeare & Company in Lenox, Massachusetts. Following training, she went on tour in A Midsummer Night’s Dream and performed Helena more than 100 times, reciting “How happy some o’er other some can be” in her sleep.

During her acting career, Clift has toured Europe playing Blanche Dubois in A Streetcar Named Desire and co-directed a Vietnamese-language production of Romeo & Juliet in Ho Chi Minh City. She also spent five years living on a sailboat in Boston Harbor, attended college in Australia and studied Spanish in Mexico.

Now she lives in the Washington Heights neighborhood of upper Manhattan with husband Mark Woollett, an actor/director she met while at Shakespeare & Company. He’s also a Hippodrome company member.

Clift said, “I moved to New York specifically to pursue my theater acting career and to try to find my way into television and film. Right now I audition a lot.”

When Caldwell offered her the role of Victor in All Girl Frankenstein, Clift was intrigued.

“Bob Fisher has really taken some liberty with the original Frankenstein story,” she said. “His script doesn’t show how to play Victor. There’s a lot of leeway to how that gets translated and brought to life.”

Having women play the roles of men is a reversal of the earliest days of theatre, when all roles—from Cleopatra to Juliet—were performed by male actors. No women were even allowed on stage.

“Gender-bending is a long theatrical tradition,” Clift said. “When I do a male character, gender is not a barrier for me. It’s just another part of that character I need to inhabit.”

Clift added that Fisher wrote a play that places an emphasis on the sexuality of its characters.

“He doesn’t hold anything back,” she said. “I think we’ll get a variety of reactions from the audience. Some people may be offended, some may find it funny, and others may find it sexy.”

One thing Clift admires about the play is its relevance and modern symbolism. Victor is oblivious to the effect of his actions on his environment, not unlike the genetic modification of food and the denial of climate change despite scientific evidence to the contrary.

Caldwell agrees with that assessment.

“Victor is victimized by his own perversion of thinking he is more powerful than God and nature,” the director said. “He’s walking a tightrope, fighting the impulses of what he’s becoming.”

Meanwhile, Clift said she jumped at the opportunity to return to Gainesville.

“This is the first time I’ve been back in a few years,” she said. “I can’t believe how many things have changed. It feels like coming home. I love Gainesville.”

And Gainesville should love Clift as Victor. Maybe even offer him/her that hug.

Eight performances each week through Nov. 8