One-half of the Grammy-winning Indigo Girls will appear with her five-piece country band tonight during a concert at High Dive as part of Changeville. The social change festival is something with which the singer/songwriter easily identifies.

Amy Ray has taken quite a journey in life, but she’s never too far from her roots.

The recording artist, best known for being half of The Indigo Girls along with childhood friend Emily Saliers, lives with her partner, Carrie Schrader, and their young daughter on 80 rugged acres in the north Georgia foothills. It’s a short but winding drive from where she grew up in the Atlanta suburb of Decatur.

“I live only about an hour and a half from Mom’s house,” Ray said. “My dad passed away a few years ago. I was very close to him. But I got my mom and my siblings and my cousins. I’m still very close to my kin.”

So it is no surprise that Ray’s music harkens back to a simpler time, with messages of hope and love.

And it’s no wonder that she is performing Friday night during Changeville, a two-day festival where artists and activists who believe in a better world meet.

Ray, 52, will be onstage tonight at High Dive during a concert event that also includes David Bazan and Matthew Fowler. Doors open at 9 p.m. Ray is scheduled to perform with her five-piece band at 10:10.

We recently interviewed Ray by phone from her home in Georgia. Here is our Q&A:

What’s the latest with Amy Ray? 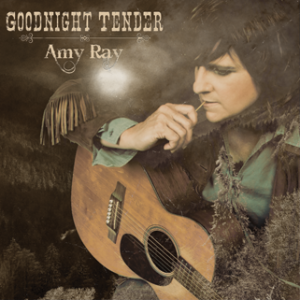 I’ve been busy. Basically, Indigo Girls has been touring. We had a record come out over a year ago (One Lost Day). My country record Goodnight Tender came out a couple years ago. Before that I was making punk and rock records. My country record came out and then Emily and I put a record out. We’ve been touring on that record, and in between our tours I go out and do some country shows. We’ve been able to open for the country band Tedeschi Trucks off and on. I’m writing new songs to record. I really love the band I have right now. We just like to go out and play for fun, basically.

And you balance all that with raising a daughter?

Yes, I have a 3-year-old girl named Ozie, so I’m trying to expand time a little bit. I like being a parent. I just love it and I try to stay home more now and be there with her. Emily and I both have children now so we both tour a little bit less, but she’s also got a solo record coming out soon. We’re just trying to do our thing, you know, and play together and play separate and balance it all out. It’s her first solo album. It’s very exciting. It’s a very cool record. I’ve heard the rough mixes. It’s more in the pop thing with the cool sounds and beats, with a lot of production. It’s that pop side of Emily you can hear in Indigo Girls.

When was the last time you performed in Gainesville?

Oh, jeez, probably a couple years ago. I’ve played a punk show there and I’ve also done a song-writer kind of show there. And the Indigos have played there off and on over the years. We’ve played a few clubs in Gainesville. The Indigos don’t have a huge following in Florida, so we tend to play more intimate spots.

What are some of the causes or issues that you are passionate about? 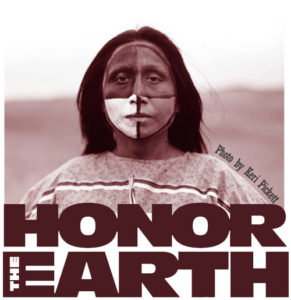 A ton of stuff. I’m playing this show specifically because of Changeville. I love the festival. It’s really cool. I think it’s a great context to be playing in. I really appreciate that they’re doing it. Indigo Girls are kind of like the intersectionality people. We really believe that you can’t just work on queer issues, you can’t just work on issues around immigration, on race issues, gender issues, sexuality issues. … They all work together. One of the main things we do is that we have a group called Honor the Earth. It’s all for Native American environmental and cultural sustainability. We are not Native, but we found the environmental work we were doing would be most effective in that context through the lens of Native activism. So we fund groups doing work with the Native communities. We’re also project-based. We do a lot of work on pipeline issues, on energy issues, on sustainable agricultural issues. In Florida we worked with the independent Seminole Nation on laws around the independent tribe wanting to live in their traditional housing, the Chickees. We’ve worked across all of the Americas on indigenous issues. We’ve worked a lot with Standing Rock in the last year. And the XL pipeline and all pipelines. We’ve been working on trying to change the energy paradigm. Sustainable energy rather than fossil fuels. We work with Project South at Atlanta. We work with a group called Southerners On New Ground across the South that works with queer and immigrant issues. We work against the death penalty. Our website has a whole resource section of all the groups we support. We have someone on staff who is a political activist. It’s important for us. We don’t write a lot of songs about it, but it’s part of the fabric of what we do. It’s also perfect because I like to be there and meet all the other people that are activists. Right now, it’s a very optimistic environment to be in. It’s proactive. It’s problem solving. It’s using a lot of different angles to come at a problem and solve it instead of just talking about things. It’s important to hear different perspectives.

How has your music evolved after 30 years?

Your songs are like poetry. Where do you get your inspiration?

I don’t feel like a poet, but we get inspiration from everything. From a lot of books we read. Stories that friends tell us. Things that happen in the world. Interpersonal struggles. You name it, there’s inspiration everywhere. It’s just a matter of trying to have a discipline around writing it and sitting down and doing it. If you want to be a writer, you’ve got to write. You have to edit, too. That’s even more important.

What turned you onto music at a young age? 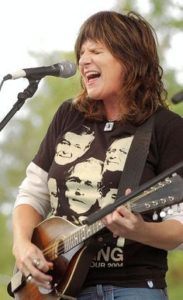 It’s really just my family. My four siblings would listen to records. I would like what I was hearing. We all sang in the church choir. That was a big deal. We went to church a lot. My mother and father were like “Everybody’s gotta learn how to play piano.” It was something that we all did. And then I started playing the guitar because I didn’t really love the piano — although I wish now that I had practiced the piano a lot more because it’s such a great instrument. I wanted to play rock songs. I wanted to sing. I was listening to music from the ’60s the ’70s. I was a little rebel.

How old were you when you picked up your first guitar?

I think I was 10 and I took lessons at the YMCA. I started playing with Emily when I was 15. We were young. It’s that friendship and music in high school. To hang around with your friends, it was just a social thing at that point. It was fun.

What can fans expect during your Friday night appearance at High Dive?

I’ll have my full band with me. It’ll be pedal steel, electric, mandolin, a banjo and drums and bass with me. We all switch instruments around all the time. It’s kind of a traditional country band, but we’re also going to play some punk songs from my earlier records. It’s a really versatile band. We’ll play some old stuff, we’ll play some brand new songs that I’ve written, and we’ll play some songs from the country record, Goodnight Tender.

What are examples of your music that exemplify the Changeville theme? 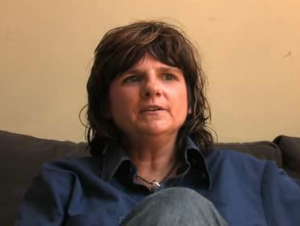 We have a song called Put It Out For Good. It’s an old punk song I wrote in memory of one of my second cousins who died when she was a teenager. Her friends were all like goth, bad-ass rebel chicks. It really inspired me. It’s a song about rebellion. You can’t be stopped. We might play a song I wrote about Matthew Shepard a long time ago called Laramie. And we’ve got a new song actually from the bitter Southerner perspective called Feels Good Anyway. All of my songs have some thread in them that’s a little bit politicized, for better or worse. I have a song called Let It Ring. It’s like an anthem about protest and how to be a feminist and a queer. There’s a lot of stuff in there. I never know what I’m going to play until I’m there, until we sit down and decide what we’re gonna play. It just depends on who’s there and what people ask for and what the vibe is.

What do you think of the current political climate?

In my world, as a left-wing person, I’m not really happy with the administration right now. But you know what? I always find a reason to have hope, no matter what. I think it’s good for everybody to be outspoken. We need to get it out and to talk about it. I really believe that. It’s very polarized, but I find that polarization can end up being good for dialogue. Just do it. I think that’s the next step, for everybody to start communicating better and more often.