The Alachua County Library District is hosting an event on Saturday that shines the spotlight on a dozen area writers who have been published.

Hugh E. Suggs has performed many duties in his life to put food on the table for his family of six. He’s worked construction, laid down carpet, managed restaurants, sold cars, taught grade school and done landscaping work, among other things. 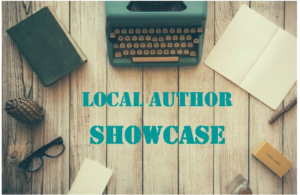 But not anymore. Now, Suggs is a writer.

Earlier this summer, the Gainesville resident self-published “Stepping on Cracks,” a creepy novel about a serial killer lurking around the University of Florida. Suggs is preparing to release two more books in the coming year — one containing poetry and the other a series of short stories based on his life.

“Writing is what I love to do,” Suggs said the other day from his home in the Duckpond neighborhood of downtown Gainesville.

There will be two sessions in Meeting Room A, an early one from 10 a.m.-12:30 p.m. and an afternoon session from 2-4:30 p.m. Each session will feature six writers, who will be discussing, signing and selling their books.

“This is going to be a really fun program with the opportunity to meet really interesting people and to learn more about their process and their struggles and what is awesome — and gut-wrenchingly awful — about the writing life,” said Lisa Finch, the librarian organizing the first-year event.

According to Finch, the Local Author Showcase is designed to let people know about the writing talent in Gainesville and to help local authors get the word out about their books.

“We also want for people to know that the Alachua County Library District supports the work of these local authors and to encourage them to take advantage of our many resources and activities,” she said. “After all, all of the great writers are and were local writers in their hometowns. We just wanted to shine the spotlight on some of ours.”

Suggs wrote most of “Stepping on Cracks” many years ago but, like many writers, let the story collect dust without getting it published. Then fate intervened and turned the most horrific event imaginable into something inspirational.

On Oct. 26, 2011, while operating a leaf blower in front of a fast-food restaurant along U.S. 90 in Lake City, Suggs’ life took a sudden and dramatic turn.

“A log truck turned the corner too tight where I was standing and ran me over,” Suggs said. “The driver said he never saw me.”

Suggs remembered getting pinned between the cab and the trailer and being dragged.

“I saw the wheels roll over me and then the other set of wheels,” he said calmly. “I said to myself, ‘I’m going to die on the sidewalk in front of a Burger King.'”

Hank Rossell, Lake City Fire Battalion Chief, was on the scene within minutes attending to Suggs and his traumatic injuries. Somehow, Suggs was still conscious but losing large amounts of blood.

“I told [Rossell] to tell me wife that I loved her,” Suggs recalled. “He told me to tell her myself. It was a nice thing to say to a dying man.”

Suggs was airlifted to Shands Hospital in Gainesville. During the helicopter flight, he had an out-of-body experience. A voice told him that it wasn’t his time to die.

Suggs got the message. Doctors couldn’t save his legs, but they saved his life. He underwent more than 20 surgeries in the months and years that followed. Rehabilitation was ongoing.

The depth of my writing wouldn’t be the same had it not been for the accident.
— Hugh E. Suggs

The accident, as bad as it was, helped Suggs put his life in perspective. It also helped him focus.

“Everything happened for a reason,” he said with a twinkle in his eye. “The depth of my writing wouldn’t be the same had it not been for the accident.”

Without the ability to perform manual labor but also with his mind now in high gear, Suggs recommitted himself to writing “something that is going to rock the world.”

Suggs admitted that “Stepping on Cracks,” written before the accident, is not necessarily that book but that the novel has given him the confidence to forge ahead.

His second book, with the working titles “The Inheritance” or “In the Wink of an Eye,” begins with Suggs in despair on that sidewalk in Lake City five years ago. Each chapter in the “creative nonfiction” book is a vignette from his life, about colorful relatives and other stories of a sharecropper’s son and growing up poor in North Central Florida.

“These are really heartwarming stories about family and perseverance,” said Janet Suggs, Hugh’s wife of 35 years and his biggest fan. “Most of them are funny. These are stories everyone can relate to.”

Meanwhile, Suggs is also finishing work on “Back on this Side: Another Chance at Enlightenment,” a collection of grief poetry and other inspirational writing.

“It’s about becoming more aware of what you missed the first time around,” said Suggs, referring to his near-death experience. “I am fortunate that I got a second chance.”

(“Stepping on Cracks” is available through amazon.com on Kindle and in paperback.) 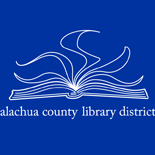 Suggs said that his involvement with the Writers Alliance of Gainesville (WAG) and the Gainesville Poets & Writers have helped him develop as a writer. Both groups foster the written word by providing critique sessions.

According to Finch, Gainesville is a hotbed for authors.

“There is such a mixture of history and creativity and a constant influx of different cultures, whether represented by small-town Nebraskans coming to play football or economics professors from South Korea,” she said. “And for all its energy, Gainesville retains a laid-back atmosphere that leaves time for imaginations and pens to do their best work.”

The Alachua County Library District is planning a similar annual event for local authors of children’s books. Anyone with a published book interested in participating is asked to contact Laurie May in Youth Services at Library Headquarters.

2 thoughts on “Local Author Showcase Strictly by the Book”