Goodwin Heart Pine, a company specializing in reclaiming timber from beneath Florida waterways, is spotlighted in one of the 40 films to be screened this weekend at the 7th annual Cinema Verde International Environmental Film & Arts Festival in downtown Gainesville. 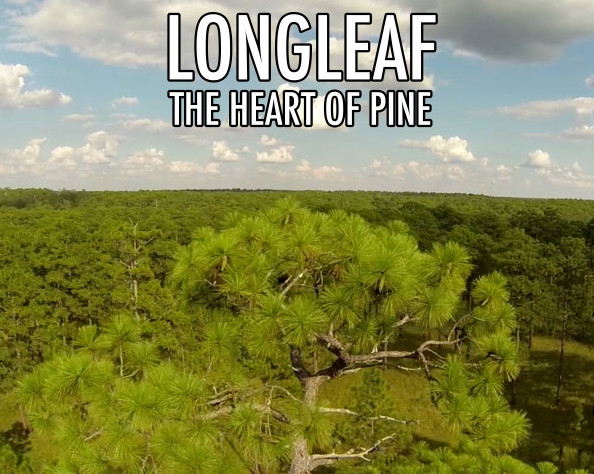 Florida is well known for its swaying palm trees, but 150 years ago longleaf pines dominated the landscape. The tall evergreens covered an astounding 22 million acres — or almost six out of every 10 acres from the panhandle to well down the peninsula.

Today, there are only about 4,000 acres of old-growth longleaf heart pine left in the Sunshine State. Most of them are on protected land at Eglin Air Force Base in northwest Florida.

“They literally cut it all down,” said Jeffrey Forbes, marketing coordinator for the Goodwin Heart Pine Company. The Micanopy firm specializes in recovering longleaf heart-pine logs from river bottoms and using them for architectural purposes.

The story of the longleaf heart pine—with Goodwin featured prominently—is told in a documentary titled Longleaf: The Heart of Pine. Directed by Rex Jones, the 54-minute film will be one of more than 40 movies presented during the 7th annual Cinema Verde International Environmental Film & Arts Festival beginning Thursday.

The first three days of the film festival will be held at the Hippodrome Cinema. The four-day event concludes on Sunday—Valentine’s Day—at three other venues in downtown Gainesville.

The inaugural Cinema Verde Film Festival in 2010 also took place at the Hippodrome, but the event has shifted to different sites around Gainesville since then.

“I’m super excited to be back at the Hippodrome and I look forward to the film marathon we’re about to embark on with the community,” said Trish Riley, founder of Cinema Verde.

“For those who sign on for the long haul to watch most of the films with us, it’s an interesting story they all tell together.”

With the focus being on environmental issues, the films address every topic from climate change and food consumption to animal rights and energy policies.

“We’ve messed up our world in various ways with chemical contamination, wars and an economy that fails to serve the people,” Riley said. “It’s a puzzle that many around the world are working to solve, as we’ll see through these wonderful films.”

The films selected by Riley come from throughout the United States and from more than a dozen other countries, including Denmark, France, South Africa, Japan and Iran. The only film with a strong local angle this year is Longleaf: The Heart of Pine.

In the documentary, Jones explains how the towering stands of old-growth longleaf pine once covered 90 million acres from southern Virginia to eastern Texas. Today that figure has been reduced to about 2 million acres.

“Longleaf heart pine was the dominant tree species in the coastal southeast,” said Forbes, a Micanopy resident who appears in the film and also narrates. “After the Civil War, northern lumber interests bought up what was extremely cheap land. Those same lumber interests before the Civil War had logged out all the white-pine forests surrounding the Great Lakes.”

During the Industrial Revolution, longleaf pine was the lumber of choice in constructing northern factories, warehouses and other large structures. The towers of the Brooklyn Bridge were built atop caissons constructed of vast amounts of longleaf pine. New York City’s subway lines sit on beds of the strong timber.

The Goodwin Heart Pine Co. is highlighted in the documentary largely because of the way it reclaims longleaf heart-pine logs from the Suwanee and Withlacoochee rivers.

When the longleaf pine forests were cut down more than a century ago, timber companies saved costs by floating the logs downriver to saw mills. However, according to Forbes, 12 to 15 percent of the densest logs sank in the streams.

Four decades ago, George Goodwin devised a method for recovering the sunken logs. In fact, his company owns the federal trademark for the term “River-Recovered.”

The reclaimed wood is in high demand as flooring, paneling and lumber for high-end construction projects. Although most of Goodwin’s business is out of state, their milled flooring is evident in the old Gainesville train station in Depot Park and in the restored Firestone Building on West University Avenue.

Longleaf: The Heart of the Pine, a cultural and natural history of the South’s ancient primeval forest and how it might still be saved, will be screened at 4 p.m. Sunday at Tall Paul’s Brew House, 10 SE 2nd Ave.

The Cinema Verde International Environmental Film Festival kicks off on Thursday with four films, beginning with a 5 p.m. showing of Coastal Dune Lakes: Jewels of Florida’s Emerald Coast from nature filmmaker Elam Stoltzfus. That screening will be followed at 6 p.m. by a VIP Opening Night Reception in the Hippodrome Gallery.

At 7 is a screening of This Changes Everything from noted filmmaker Alfonso Cuaron. The film is based on Naomi Klein’s bestselling book about the economic perils of climate change.

“Several directors will join us throughout the festival to talk with the audience following their films,” Riley said. “I hope the community will help welcome them to Cinema Verde and Gainesville.” 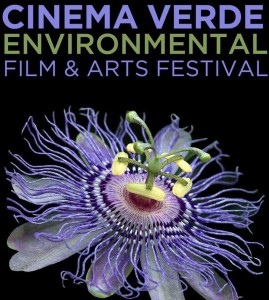 In conjunction with the film festival, the final day of the event will feature an EcoFair in the Sun Center courtyard. The EcoFair will include live music, eco-art, yoga meditation, vendors and films in three venues, where EcoFair passholders will receive discounts on food and drinks.

“Our EcoFair on Sunday will give us the chance to celebrate our love for the planet, plants, animals and each other on Valentine’s Day,” Riley said.

For further info and a complete schedule of events,
visit the Cinema Verde website.

Keep up with the daily Cinema Verde schedule by following our Today’s Best Bets calendar.

For more info on the Goodwin Company and a movie trailer, visit the Goodwin Heart Pine website.