Sixteen years after closing its doors next to the Hippodrome, the Hardback Café is up and operating again at a new address—and still aiming the spotlight on local bands.

Alan Bushnell has been doing a lot of catching up with old friends these days now that he has reopened the Hardback Café in a two-story space in downtown Gainesville.

On a recent evening, Chris Wollard dropped by to scope out the Hardback’s new location at 211 W. University Ave. The longtime singer and guitarist for the punk-rock band Hot Water Music also wanted to congratulate Bushnell—and to thank him.

“Our first real show was at the old Hardback,” Wollard said, adding that his four-man group once recorded an album there called, appropriately, Live at the Hardback for No Idea Records.

“This guy did a lot for us,” Wollard continued. “He gave us a home. There’s no doubt about it.”

After working several years at Lillian’s Music Store, Bushnell opened the original Hardback in 1989 in the complex that now houses Boca Fiesta, the Backyard and the Palomino, just west of the Hippodrome.

“I persuaded my brother, sister and mother to go in on it,” Bushnell said. “My mom ran the kitchen. My sister, her boyfriend and I and another girl booked the shows. I also bartended in the early years.”

Opening a business in downtown Gainesville 25 years ago was a risky proposition.

“We were pioneers because the area was sort of a ghost town in the ’80s,” Bushnell said. “We were the first real band venue. If you were a local band back then, your first gig would be at the Hardback.”

Throughout the 1990s, the Hardback was committed to booking up-and-coming local bands. Some of them, such as Less Than Jake, went on to greatness. The late actor River Phoenix, whose family still lives in Gainesville, often performed with his alt/rock band Aleka’s Attic at the Hardback in the early ’90s.

With the Hardback’s help at the beginning, Hot Water Music has enjoyed 20 years of success and recently released a limited edition of its Forever and Counting vinyl LP.

“The first time I came to Gainesville was for a show at the Hardback,” Wollard said. “I said to myself, ‘Holy shit! I’ve got to move here because of the Hardback and No Idea Records—a local club and a local record label that stood up for local bands.”

(By the way, Wollard’s other band, The Ship Thieves, is releasing its latest rock/indie album, No Anchor, in January through No Ideas Record.)

While operating the old Hardback, Bushnell twice ran unsuccessfully for seats on the Gainesville City Commission. In the middle of one race in 1997, the city evicted him from his “illegal” studio apartment on the premises of the Hardback (by then renamed the Lyric).

The city’s Code Enforcement office had discovered that Bushnell had built a bathroom (and then removed it) without obtaining the proper permits. The Gainesville Sun headline on Jan. 31, 1997, read: “Candidate Admits Violating City Code.”

“I moved out and sold the club,” Bushnell said.

The old Hardback/Lyric closed for good in January 1999 but not without some drama. According to newspaper reports, a crowd of about 300 smashed the club’s windows, trashed furniture and threw rocks before being subdued by a wave of police officers wearing riot gear.

By then, the Covered Dish (later Common Grounds and now High Dive) had established itself as the downtown venue for local bands. But Bushnell and the Hardback Café had left an indelible mark on the downtown music scene.

On Dec. 11, the new Hardback Café opened with performances by the Howleez, As Is and the Looney Bin Love Birds. Some of the band members had performed years earlier at the old Hardback.

On opening night, Bushnell stood next to the sidewalk on University Avenue, greeting customers with a smile and collecting the cover charge.

Bushnell chose the 2,400-square-foot University Avenue location, former home to Flashbacks Cafe, after looking at a handful of other vacant downtown spaces that were beyond his budget.

“They had just dropped the price on this, so we jumped on it,” he said.

The second-floor bar is accessible by an outdoor staircase that overlooks University Avenue. A covered balcony/smoking area leads into the intimate bar that serves a good selection of beer and wine. The band set-up is on the first floor.

“It’s a cool space,” Bushnell said. “I like the staircase. It’s got a lot of character.” 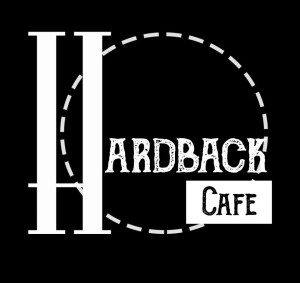 Bushnell has kept himself busy the past 16 years. He earned a law degree and serves as a public defender for the Regional Counsel. When he produced a show at Maude’s Side Car Bar during the most recent Fest, he realized how much he missed being involved with the local music scene.

“I decided I love working with bands and that music is my favorite thing,” he said.

Bushnell also will videotape interviews with local figures on the balcony using his news anchor Rex Dameron alter-ego. On Dec. 30, he will interview Archer mayor Doug Jones at 10 p.m. and then post it on YouTube.

There will be live music three nights a week at the new Hardback Café. Bushnell is already booked with acts through January but wants to reach out to local bands before signing touring acts. He invites bands to contact him through [email protected].

“I want the newer bands to feel the same way about this place as the old bands did about the old Hardback,” Bushnell said. “I want there to be an artistic movement.”